Good old “HALT”, are you Hungry, Angry, Lonely, or Tired? In recovery, one of these things is bad enough, but throwing in one or more is like an internal nuclear bomb, at least for me it is. Was throwing in

the “F” bomb before Tired necessary? For me it was, and especially when addressing this subject matter. The two that seem to get me in the worst way, hands down are: Hungry & Tired, and Anger is not too far behind. Hell, what I am I saying? All of them are bad, but I just seem to get nailed by hungry and tired the most. I am a huge believer in what I have been taught by people who know a hell of lot more than me, that anger has to be addressed and disposed of as quickly as possible. When pissed off, I get heavier, and I sure as hell am not seeing the world all that clearly. I remember a guy telling me, “For each year we are sober we get one second to pause when agitated.” I can tell you right now, I do not pause 10 seconds when agitated, especially when I am hungry and tired. However, I have gotten much better at “emotion management” as the years of sobriety have grown on me, or I’ve grown in my sobriety.

One of the greatest things I have found in recovery, is that we almost always seem to relate to one another, especially when it comes to some wicked emotional twist. Let me tell you a quick story, and this is one I shared recently with my buddy Patrick, another sober guy who has been there for me through thick and thin and I can honestly say has saved my life on at least a dozen occasions. Okay, one of the worst things I can ever do is go to the f’ing supermarket when I am both hungry and tired, one of them I can deal with, but both requires a prayer that goes like this, “God, do not let me burn down this place, allow me to be kind and patient as possible and if some jackoff takes 37 items in the express lane do not have me punch him in the throat.”

So, I am in the market, and I have my list (I am big on shopping lists, I am not the idiot running around aimlessly, I have a plan, and my plan is to execute and get the “F” out of there as quickly as possible). I’ve already scored some: fish, chicken, fresh fruit, egg whites, oatmeal, coffee, and vegetables but I now need some bacon…time is running out, I feel I haven’t eaten in days, sleep has been minimal, and working on this film has wrecked me, just get me out of this market!!! I roll up to the bacon area and there’s this dude who looks like all he eats his bacon. His middle name is fucking bacon, I am not kidding, I cannot even see the bacon he is so big. And what cracks me up is he is actually evaluating the ingredients/caloric content on the back of each package. If this guy would just move his 400 pound ass a few feet I can get my bacon and I am out. I pleasantly say, “Excuse me sir, could you please let me in there really quick?” And under his breath he calls me an asshole and he keeps reading about bacon. Okay, now I’ve had it, and I’ve officially lost it, “Hey man, If you don’t move I am going to take that pound of bacon and slap the shit out of you!”

Well, that got his attention. And I can tell you that he moved, and even though he called me an asshole, I wasn’t happy with the way I responded. I grabbed my bacon and made my way towards the cashier, I turned around and there he was, still trying to decide which bacon to buy. I could stand it no more, I wheeled my little cart back over to him, “Excuse me sir, I am terribly sorry for the way I spoke to you, that wasn’t right of me.” And he says, “Please leave me alone,” So I did, and despite the fact this guy was pretty rude, I did my part, and I made my amends, and fixed what I could. My point being, I did not react to life well based upon the fact I was hungry and tired, I know for certain that had I not been having those two forms of HALT going on, I would not have become a verbal assault machine.

I called my friend Patrick immediately, and he just laughed, because he gets it and he understands the insane thinking and behavior we are capable of demonstrating. Just because we are sober doesn’t make us perfect, however, I can tell you that these “bacon incidents” are quite rare. Back in the day when I was in my addiction, especially in the last few years, I had almost daily instances of rage and situations where I caused tremendous discomfort, and those days are long gone.

I do my best to avoid low blood sugar, eat healthy, and of course eat before I get “too hungry”. Rest is vitally important to all of us in recovery. Hell, give me one bad night of sleep and I can go into PTSD when I didn’t sleep for 44 days in 2007, now that was a special kind of hell I don’t ever want to spend time with ever again either. I’m an early riser, so I often take a nap at about 2 or 3 pm and that helps curb the “tired” so I am good to go there.

The lonely part is a tough one, as I really am an isolator by trade. I really do love being alone, almost to a fault. Now, that does not mean I don’t love people or being around people, because I do. But, I like being around people in certain doses. I am not one that has to constantly be either with someone or a group of people to feel safe and secure, or loved. I believe in a balance of the two, but I do find myself getting dangerously close at times to being a little bit too alone, and reading too much, exercising alone, surfing alone, watching films alone, etc. It’s weird, because I’m not married, I don’t have kids or even a dog…I am sure all of that will change one of these days, but I also believe that alone time is really healthy in that it allows you to find out more about who you are, what you love, what you dream of doing. Sobriety allows us to do all of these things, while I was addicted, I was blocked out from all of it…missing everything. 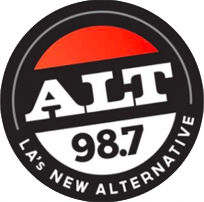 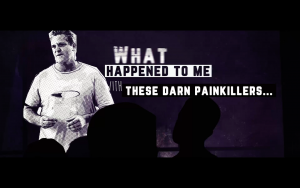 This little piece is dedicated to everyone who is relatively new in recovery. Now, I think this is something that can be defined in a number of different ways: In twelve step recovery, which I am a proud member of END_OF_DOCUMENT_TOKEN_TO_BE_REPLACED 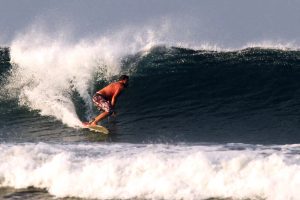 I think I was about 13 or 14 months sober when I played my first sober gig with the band I’ve loved being a part of since 1996, Corn Doggy Dog & the Half Pound. I’ll give you a little END_OF_DOCUMENT_TOKEN_TO_BE_REPLACED

For much of my life I found ways to cut corners, doing the absolute minimal to get the maximum result. In school, once I lost interest, which was around the 10th grade I really started looking for loopholes and the END_OF_DOCUMENT_TOKEN_TO_BE_REPLACED 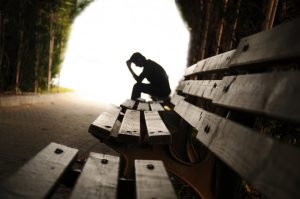 Good old “HALT”, are you Hungry, Angry, Lonely, or Tired? In recovery, one of these things is bad enough, but throwing in one or more is like an internal nuclear bomb, at least for me it is. Was throwing in END_OF_DOCUMENT_TOKEN_TO_BE_REPLACED